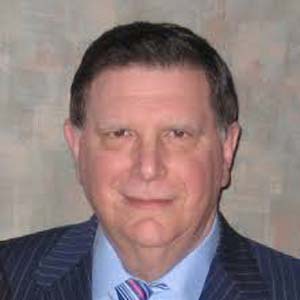 A senior partner with Gordon & Gordon, P.C., and a nationally-recognized attorney who is Past President of the New Jersey Association for Justice (formerly ATLA NJ) and Past Chairman of the American Association for Justice Motor Vehicle and Premises Liability Section.  Harrison J. Gordon concentrates his practice in Brain Injury litigation, Wrongful Death and Serious Personal Injuries, Mass Torts, Legal Malpractice and Professional Negligence. Mr. Gordon is considered to be a pioneer in brain injury litigation and has been practicing in the area of brain and personal injury litigation for over twenty-five years.  He is admitted to practice in New Jersey, New York and Washington, D.C.

Harrison J. Gordon, has been named to the Top 100 Trial Lawyers by The American Trial Lawyers Association, a professional organization of America’s top trial lawyers. He has also been named as a Super Lawyer and a top 100 lawyer for the year 2007 by Law and Politics and the Publishers of New Jersey Monthly Magazine in recognition of his achievement as one of the pre-eminent lawyers in his field. Mr. Gordon was also named as Super Lawyer for the years 2006 to the present.   Mr. Gordon was also named one of New Jersey’s Top Rated Lawyers.  New Jersey’s Top Rated Lawyers was created by Lexis Nexis Martindale-Hubbell, the company that has long set the standard for peer review ratings and appeared in the Special Section of the New Jersey Star Ledger. (New Jersey’s largest newspaper).  He has also recently been named as a Lifetime Charter Member of Rue Ratings’ Best Attorneys of America.

Harrison J. Gordon has dedicated his professional life to representing persons with brain injuries and their families by fighting for their legal rights.  He is also an advocate for the rights of people with brain injuries and their families addressing the State Legislature, public forums and in the courts.   In addition, through various seminars he has presented, Mr. Gordon educates attorneys, physicians, rehabilitation specialists and the public.

He was a past member of the Executive Committee of the Association of Trial Lawyer’s of America – Traumatic Brain Injury Litigation Group. He is Past Chair of the Supreme Court of New Jersey Ethics Committee, District VC.  For his service as Chair of the Ethics Committee, Mr. Gordon received a Certificate of Appreciation from the New Jersey Supreme Court in recognition of his meritorious service to the legal profession and citizens of the State of New Jersey. Harrison J. Gordon was elected to the Board of Trustees of the Brain Injury Alliance of New Jersey, Inc. The Brain Injury Alliance of New Jersey, Inc. is a non-profit organization that brings together people with brain injury, their families and friends, and concerned allied health professionals to improve the quality of life people experience after brain injury.

Harrison J. Gordon has been involved in many precedent setting cases involving Pan Am 103, the Dupont Hotel Plaza fire in Puerto Rico and was chosen by the Attorney General of New Jersey to be a member of the Tobacco Litigation Team representing the State of New Jersey in a landmark case against the tobacco industry which resulted in a 7.6 billion dollar settlement for the State of New Jersey.

Harrison J. Gordon practices in the areas of drug litigation and other Mass Tort cases solely on behalf of injured people. His experience in mass tort matters includes handling prescription drug cases that have caused serious injury or death such as Propulsid, Rezulin and other prescription drugs. He has also served on the New Jersey Plaintiffs Steering Committee in the Propulsid litigation. Mr. Gordon also took the deposition of the drug company’s CEO on behalf his clients and the New Jersey Plaintiffs Steering Committee.

Harrison Gordon has lectured extensively in the field of traumatic brain injuries for the New Jersey Association for Justice, the Institute for Continuing Legal Education (I.C.L.E.) and the Brain Injury Alliance of New Jersey, Inc.    He was a featured speaker and moderator of the legal track at numerous times from 1993 to the present at the annual convention of the Brain Injury Alliance of New Jersey, Inc.  He has also presented seminars for the National Business Institute (NBI) on the subject of brain injury, personal injury and trial tactics.  In February, 2013 Mr. Gordon was invited to speak and present at a Video Webcast for the National Business Institute on the subject of Traumatic Brain Injury.  Because of the excellent feedback received back on this Video Webcast, Mr. Gordon was asked to come back and speak at another Video Webcast in October, 2013 on the subject of Winning and Defending Traumatic Brain Injury Cases which will be used to educate doctors, attorneys and other professionals on the subject of brain injury.

Mr. Gordon has also lectured at seminars on trial tactics and personal injury throughout the United States and Canada. He also participated as a Lecturer and Moderator at numerous Seminars on Brain Injury Litigation in San Diego, New Orleans, Chicago, and throughout New Jersey and the United States from 1993 to the present. He is a professional member of the Brain Injury Alliance of New Jersey, Inc. and the Brain Injury Association, Inc. and is the author of numerous articles and written materials on trial preparation in the areas of Personal Injury, Wrongful Death and Traumatic Brain Injury. Mr. Gordon is also the author of an article in New Jersey Medicine, March, 1997, entitled “Point-CounterPoint” – Should Insurance Companies be Held Liable For Not Paying Claims? and several other articles as well. Mr. Gordon has appeared before the New Jersey State Legislature to testify on important bills affecting the citizens and consumers of New Jersey.

Your ticket for the: Harrison J. Gordon, Esq.