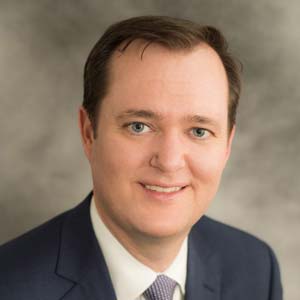 Evan J. Lide, Esq. is a Shareholder and member of Stark & Stark’s Personal Injury Group. He is also an expert Civil Trial Attorney as certified by the Supreme Court of New Jersey. Evan has dedicated his career to seeking justice on behalf of those who have been wronged. He focuses his practice on representing people who have suffered traumatic brain injuries, spinal cord injuries, and other catastrophic injury, including death, resulting from automobile crashes, products liability, and premises liability.

Evan is an experienced and skilled litigator who has tried cases to verdict all throughout New Jersey. Evan truly cares about his clients, and fights tirelessly to make sure insurance companies do the right thing, and also for corporations to be held accountable for their actions. Evan’s verdicts and settlements have been featured in the New Jersey Law Journal, New Jersey Jury Verdict Review & Analysis, New York Daily News, and the New York Post.

Evan was born and raised in New Jersey, and is proud to be known as a fighter who is willing to stand up on behalf of those in need. His father, a lawyer, taught Evan a love and appreciation for the law at a young age. His mother, a school teacher, gave him a passion for taking care of others. After college, Evan worked at his father’s law firm during the day and went to law school at night while also working two part time jobs as a waiter and a bartender. Evan is not afraid of hard work, and he believes in going the distance for every client. This approach has helped him obtain great results for his clients.

Evan’s advocacy for those who cannot help themselves extends to his community activities. Currently, Evan serves on the board of Rolling Harvest Food Rescue, a non-profit that collects donated produce from local farms and distributes immediately to the non-profit hunger-relief agencies helping the most needy families in the community. He also serves on the board of VolunteerConnect, which is a local non-profit that promotes skilled volunteerism by matching professionals looking for pro bono opportunities to nonprofit organizations that need their talents. Evan is a former board member of the Latin American Legal Defense and Education Fund (LALDEF), which is a community-based non-profit organization whose mission is to defend and promote civil rights and facilitate access to health care and education for low-income Latin American immigrants.

While Evan is very proud of the results he has obtained for his clients and his reputation in the legal community, he is most proud to be a father. Evan and his wife, Melissa, reside in Lambertville, New Jersey, and Evan is spending whatever free time he has left teaching his four year old son, Robert, how to ride a bike.

Your ticket for the: Evan J. Lide, Esq.