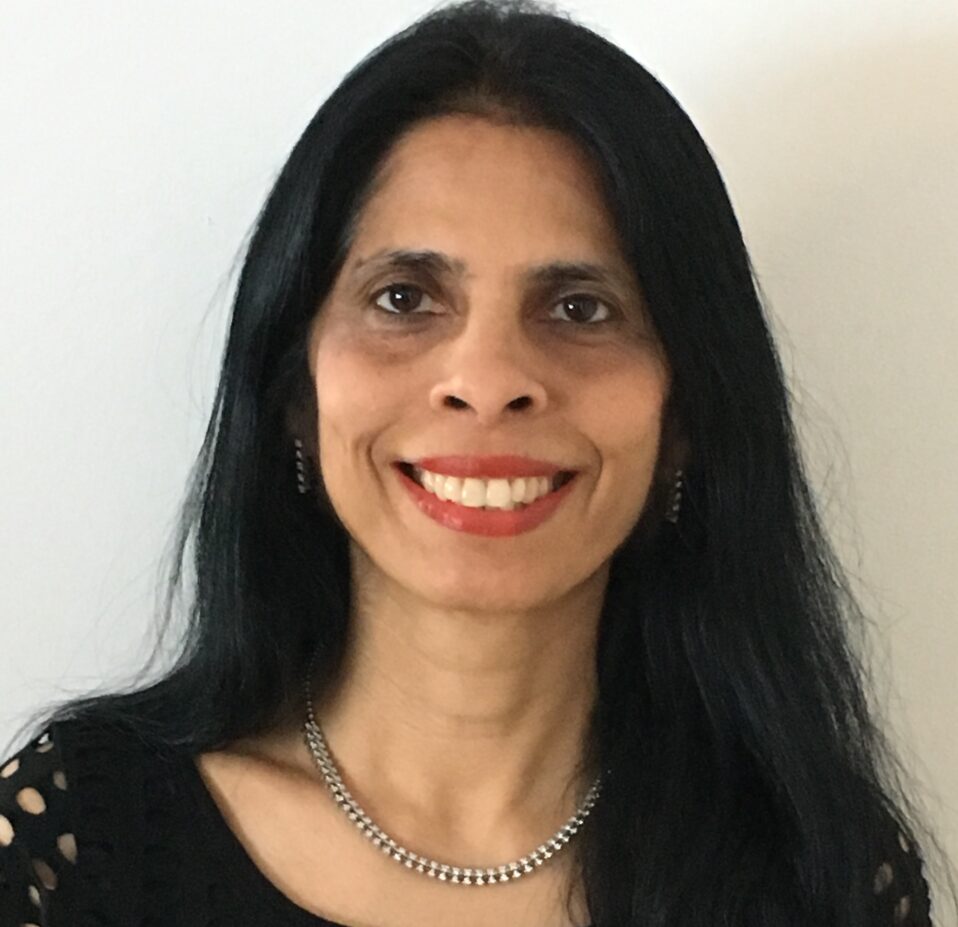 Sangeeta Badlani is the Founder of the Nikhil Badlani Foundation and Families for Safe Streets New Jersey. Sangeeta lost her 11-year-old son, Nikhil, in a car crash in 2011. Nikhil was a gifted student, Boy Scout, and passionate musician. He was remembered for his talents, kindness and lasting influence in the House of Representatives by Honorable Mikie Sherrill of the 11th congressional district in New Jersey. His name is now in the congressional record of the 117th Congress, First Session.

Since her loss, Sangeeta has mobilized her pain and grief into action to make our streets safe for all. Soon after the crash, Sangeeta and her family established the Nikhil Badlani Foundation, with a mission to raise traffic safety awareness, provide music lessons to underserved children, and give scholarships to graduating seniors in New Jersey. To date, the Foundation has given out $226K in academic scholarships to 144 graduating high schoolers; spent over $100K in music lessons to benefit more than 150 students; and invested over $200k in traffic safety awareness projects.
Sangeeta was a Portfolio Manager for a global financial company and co-managed $5 billion in assets for retirement plans. She transitioned into a full-time role as the President of the Foundation after a successful run of 22 years in this position.
Beginning in 2013, Sangeeta experimented with an innovative and immersive program, Drivers Ed Through Art, to educate teen drivers. The program was a resounding success and has been implemented in 30 high schools in New Jersey. She has worked directly with around 9,000 students and the program has impacted more than 33,000. To date, the Foundation has created 34 traffic safety murals. The artwork created by these students have been used to run Public Service Announcements in NJ Transit buses, Light Rail, and train stations.

In 2015, Sangeeta with her husband Sunil was successful in passing the “Nikhil Law,” currently being implemented throughout the New Jersey Department of Motor Vehicle Commission. The law informs drivers of the dangers of disobeying traffic laws and gives them the option to take the STOP for Nikhil safety pledge. Thousands of drivers have taken the pledge to drive safely.

In 2017, Sangeeta along with others affected by traffic crashes launched the Families for Safe Streets NJ chapter. Currently there are over 20 chapters around the country with the common mission to end traffic violence and support those affected. In 2021, the group along with hundreds of partner organizations urged President Joe Biden and Secretary Buttigieg to commit to zero roadway deaths by 2050. In January 2022, a new National Roadway Safety Strategy was released by the U.S. Department of Transportation, setting a first-ever national goal of zero roadway fatalities and committing to specific actions to advance the goal of safe mobility for all people.

Sangeeta continued her outreach to teens by launching a Traffic Safety Youth Advisory Board at West Orange High School in 2018, with a vision to empower youth to make a difference by providing a platform for them to express ideas and develop recommendations for traffic safety projects. These students have used innovative campaigns to educate their peers, created a first-ever street mural in West Orange to reduce speed, and have testified before the state Senate and Assembly transportation committees in support of a mandatory 50-practice hours bill. The group participates in the U Got Brains Champion Schools Program and has been a three-time winner of its contest. In 2020, Sangeeta partnered with local traffic safety organizations in NJ to start the Vision Zero New Jersey Alliance with the mission to eliminate traffic fatalities and serious injuries in NJ by 2035.

On June 11, 2021, to mark the tenth anniversary of Nikhil’s crash, the intersections where the crash occurred was named, “Nikhil’s Way.” Sangeeta and her Foundation have been recognized for their work by the West Orange Township, South Orange Township, AAA Northeast, New Jersey Teen Coalition, Traffic Officers Association of Essex County and the Russell Berrie Foundation.

Sangeeta is supported by her husband, Sunil and her younger son Anay. Both have made significant contributions to the success of the Foundation. Sunil was instrumental in passing Nikhil’s Law and Anay was the President of the Traffic Safety Youth Advisory Board at his high school. Sangeeta attributes her success to her family, friends and the West Orange Community.

Your ticket for the: Sangeeta Badlani