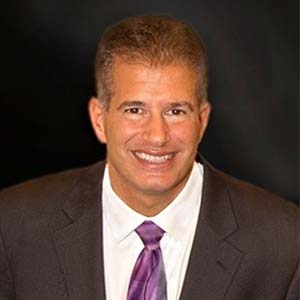 Steven Benvenisti is a partner at the Injury law firm of Davis, Saperstein & Salomon. He is included on the list of the National Trial Lawyers “Top 100 Trial Lawyers” and as a “Super Lawyer.” He is of the 3% of attorneys designated by the Supreme Court of New Jersey as a “Certified Civil Trial Attorney.”

He is the President of the Board of Trustees of BIANJ and one of the Directors of Mothers Against Drunk Driving New Jersey.

Steven has received over 30 awards as an attorney, along with a US Congressional Citation, US House of Representatives Certificate of Special Congressional Recognition and being named “Citizen of the Year”.

While in college, Steven sustained a traumatic brain injury. While in a coma, his family was asked to consent to his organ donation. Steven fully recovered, became an award winning attorney, and authored Spring Break: A True Story of Hope and Determination which credits the doctors, nurses and rehabilitation professionals for the wonderful work that they do in improving the lives of patients and their families.

He has been a keynote speaker at hundreds of conferences and gladly donates 100% of his honoraria to charity.

Your ticket for the: Steven Benvenisti, Esq